Trails of the Saints 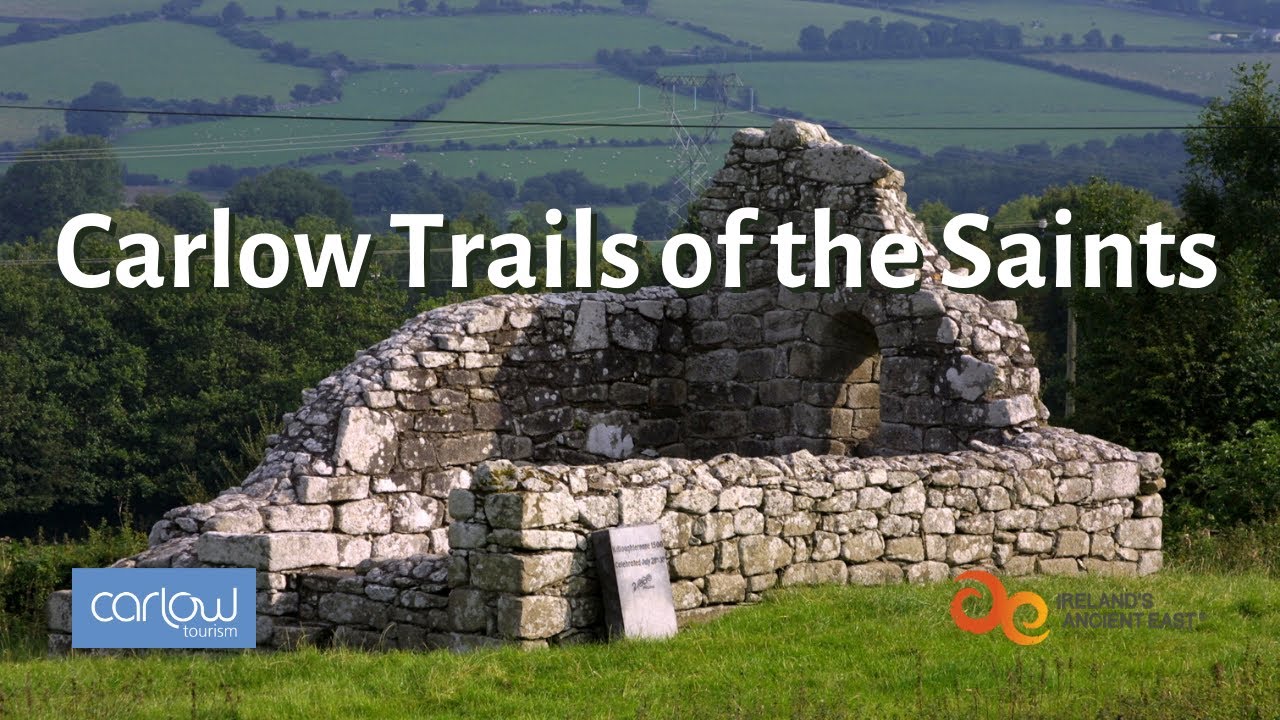 Trails of the Saints

The Carlow Trails of the Saints consists of three distinct driving trails around county Carlow in the Republic of Ireland.

The project was launched in August 2010 consisting of a Carlow Trails of the Saints publication and a website along with downloadable satellite navigation coordinates. County Carlow is a rural county located at the gateway to the south-east of Ireland approximately 90km from Dublin City centre. The tourism product of the county is predominately of a rural nature and the development of the three driving trails very much compliments this basis of our tourism product.

There are at least twenty-two early saints associated with Carlow and its area. Some were born in the county (St. Columbanus) and spent their lives here; others came to be educated (St. Willibrord) or to found monasteries. The majority of sites along the routes have associations with one or more of these saints. These associations are sometimes in the form of remains of buildings and monuments linked with saintly foundations but they are also evident in the dedications of later churches and the iconography of stained-glass windows. The saints of early Carlow still play an active role in the religious lives of contemporary Carlovians and indeed contemporary Europeans.

Named after St. Patrick, Ireland’s national saint, who is reputed to have baptised the King of Leinster in north Co. Carlow, this trail takes in the county’s two largest urban settlements of Carlow town and Tullow. Both towns have a rich ecclesiastical tradition and were to the forefront of the 19th Century revival of Catholic places of worship and education. The beautiful doorway at Killeshin and the crosses in the peaceful village of Clonmore are excellent examples of the county’s early Christian and medieval heritage.

This trail starts in Old Leighlin, which in the 7th century hosted an important synod of Irish bishops, and now is home to one of Ireland’s finest medieval churches. This trail meanders through the heart of the county towards Myshall at the foot of the Blackstairs Mountains where the visitor can admire the exquisite Adelaide Memorial Chapel. The trail also includes the Quaker burial grounds in the Fenagh and Ballon, areas which remind us that the county included communities whose belief systems operated outside the mainstream Catholic and Church of Ireland faiths. You can read more about St. Laserian here.

St. Moling, the seventh-century saint, whose feast-day we celebrate on 17 June, ranks among ‘the four great prophets of Ireland’. The monastery he founded at St. Mullin’s on a promontory beside the River Barrow is the highlight on this trail. The isolated Temple Moling and the diminutive early medieval church at Killoughternane are set in breathtaking scenery and surrounded by the calming sounds of nature.

The “Carlow – Trails of the Saints” booklet is available free of charge from the Carlow Tourist Office, telephone: 059-9131554 or log onto www.carlowtourism.com and download the booklet, which includes each trails satellite navigation coordinates.

The Carlow Tourism Strategic Planning Group is grateful to Carlow Local Authorities, Fáilte Ireland and the Department of the Environment, Community & Local Government for providing the funding for this innovative project.

Carlow County Museum is a not for profit institution that collects, safeguards, holds in trust, researches, develops and interprets collections of original objects and original objects on loan from County Carlow and its people for the public benefit where they can find inspiration.

Your Information: Your email address is required to provide your consent and subscribe to this service. Your personal information is used for the stated purposes only.
Unsubscribe: You can unsubscribe from our newsletter at any time by clicking on the ‘unsubscribe’ button in the footer of our emails.